Supreme Court Takes Up Arthrex – A Review of the Issues 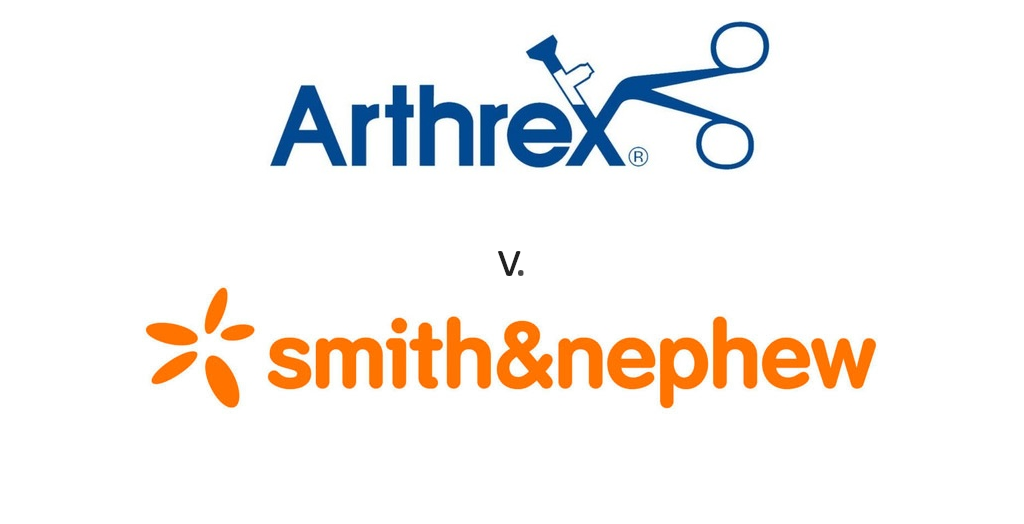 This post presents a primer on the underlying Arthrex case and provides some brief commentary to explain the issues presented to the Court.

Arthrex at the Federal Circuit

As a result of the Federal Circuit decision, many PTAB cases were remanded to be re-decided by constitutionally appointed APJs.  The sheer number of remanded cases prompted the Chief Administrative Patent Judge to hold in abeyance all matters remanded under Arthrex until the Supreme Court acts on a petition for certiorari, or until time for filing the petition expires. The United States and Smith & Nephew both filed petitions for certiorari to the Supreme Court.

The Supreme Court has granted the petition for certiorari, taking up two issues for review.  The granted petition lays out the two issues as follows:

1. Whether, for purposes of the Appointments Clause, U.S. Const. Art. II, § 2, Cl. 2, administrative patent judges of the U.S. Patent and Trademark Office are principal officers who must be appointed by the President with the Senate’s advice and consent, or “inferior Officers” whose appointment Congress has permissibly vested in a department head.

2. Whether, if administrative patent judges are principal officers, the court of appeals properly cured any Appointments Clause defect in the current statutory scheme prospectively by severing the application of 5 U.S.C. 7513(a) to those judges.

The Court declined to take up the third question recited in the same petition:

3. Whether the court of appeals in Arthrex erred by adjudicating an Appointments Clause challenge that had not been presented to the agency.

At the Federal Circuit, both parties acknowledged that APJ’s are officers of the United States — someone who exercises significant authority pursuant to the laws of the United States.   Thus, the first question turns on whether APJs are principal or inferior officers for the purposes of the Appointments Clause.  The Appointments Clause distinguishes between officers that must be appointed by the President and inferior officers which Congress may permit to be appointed by department heads:

[The President] shall appoint ambassadors, other public ministers and consuls, judges of the Supreme Court, and all other officers of the United States, whose appointments are not herein otherwise provided for, and which shall be established by law: but the Congress may by law vest the appointment of such inferior officers, as they think proper, in the President alone, in the courts of law, or in the heads of departments.

(1) Review Power – whether an appointed official has the power to review and reverse the officers’ decision;

(2) Supervision Power – the level of supervision and oversight an appointed official has over the officers; and

(3) Removal Power – the appointed official’s power to remove the officers.

First, the Federal Circuit found that Review Power weighs in favor of finding APJs to be principal officers. The court noted that no presidentially appointed officer has independent authority to review a final written decision by the APJs before it issues on behalf of the United States.  Indeed, the Director is the only member of the Board who is nominated by the President and confirmed by the Senate, and there is no provision or procedure providing the Director the power to single-handedly review, nullify or reverse a final written decision issued by a panel of APJs.

Second, the Federal Circuit found that Supervision Power weighed in favor of finding APJs to be inferior officers.  The court noted that the Director exercises a broad policy-direction and supervisory authority over the APJs. Specifically, the Director has the authority to promulgate regulations governing the conduct of inter partes review; has the power to issue policy directives and management supervision of the Office; may provide instructions that include exemplary applications of patent laws to fact patterns; and no decision of the Board can be designated or de-designated as precedential (and therefore binding on future panels) without the Director’s approval.

Third, the Federal Circuit found that Removal Power weigh in favor of finding APJs to be principal officers. The Federal Circuit noted that the Director and the Secretary lacked unfettered removal authority over APJs — rather, any removal authority the Director or Secretary have over APJs is subject to limitations by 5 U.S.C. § 7513.  Specifically, APJs may be removed “only for such cause as will promote the efficiency of the service,”  requiring “a nexus between the misconduct and the work of the agency, i.e., that the employee’s misconduct is likely to have an adverse impact on the agency’s performance of its functions.” Further, § 7513 provided additional protections to APJs, entitling them to 30 days advanced written notice stating specific reasons for the removal, an opportunity to respond with documentary evidence, and representation by an attorney.

Finally, noting the above factors are not exhaustive, the court expressed the absence of other factors supporting a conclusion that APJs are inferior officers.  Indeed, the court went on to note that prior to 1975, “’Examiners-in-Chief’—the former title of the current APJs—were subject to nomination by the President and confirmation by the Senate,” and opined that APJs currently wield more authority than their Examiner-in-Chief predecessors.

The Federal Circuit purported to cure the constitutional defect by severing the applicability of 5 U.S.C. § 7513 to APJs.  The court noted that the DC Circuit followed the same approach in Intercollegiate by severing the restriction of the Librarian’s removal power over the CRJs.  Accordingly, finding that § 7513’s employment protections cannot constitutionally be extended to APJs, the Federal Circuit severed applicability of this statute to APJs.  In the Federal Circuits view, this severance effectively transformed the APJs into inferior officers that need not be appointed by the President and confirmed by the Senate, but could be duly appointed by the head of a department such as the Director of the USPTO.  Nevertheless, because the underlying final written decision in Arthrex had been issued by a panel of APJs now found to have been unconstitutionally appointed, the court vacated and remanded the decision back to the Board for a new hearing before a constitutionally appointed panel.

M.P.E.P. § 1202 Composition of the Board — “The administrative patent judges shall be persons of competent legal knowledge and scientific ability who are appointed by the Secretary, in consultation with the Director.”

House Committee on the Judiciary Hearing — The Patent Trial and Appeal Board and the Appointments Clause: Implications of Recent Court Decisions, November 19, 2019.

Scott is an intellectual property lawyer and registered patent attorney with years of experience helping inventors and companies protect their innovations.  Scott’s practice focuses on patent prosecution and post-grant proceedings before the Patent Trial and Appeal Board.  Prior to Eastgate IP, Scott practiced intellectual property law at Knobbe Martens.